Everything in Rome is a treat for the senses, and everywhere you look there are sights to behold. If a tour of the Colosseum not your thing, try taking a stroll by the Spanish Steps, where you’re bound to see proposals, engagement rings, and lots of champagne! Perhaps the Trevi Fountain is what you’re looking for, where hopeful people flock and try to throw a coin into the fountain and make a wish.

The city is the perfect mix of old and new. You can be standing in the middle of an ancient piazza, but take a few more steps, and be greeted by the sights of fashion houses galore. And, of course, that’s not all! Stand atop one of Rome’s seven hills and it’s hard not to feel like an ancient Roman emperor. I opted for Capitoline Hill, overlooking Rome’s city hall; the place is amazing, and really comes to life at night.

Spend just one summer night in Rome and you’ll quickly discover that this city has something for everyone. The piazzas, forums, hills, and fountains will leave you in awe of this city’s spectacular sights. Church bells toll, vespas zip by, and street vendors try to lure you to their carts – no matter where you are in the city, the sounds of the Rome will tell you a story. Oh! Did I forget to mention the buzzing tourists? You’ll actually be hearing that! How about all the chatter you’ll hear surrounding a floating swami in the city centre.

Street vendors and “Swamis” in Rome.

Since this is Italy, is there any way that I can talk about the food and actually do it justice? The popular “Eat-alia” term is the right fit. Pizzas, pastas, cannoli, and gelato – is your mouth watering yet, or should I continue? Rome is culinary heaven and a real treat for foodies everywhere. Italian food has never tasted the same since I left Rome. The food will make you feel alive, and the fresh ingredients will leave you feeling rejuvenated. So when you’re there eat as much as you possibly can! Besides, calories don’t count on vacation.

Pizza in a quiet Roman café.

If the sights and sounds of Rome don’t tell you that you’re walking through an ancient city, then the feeling of cobblestones beneath your feet definitely will! Kudos to any brave soul who traverses through the streets of Rome in heels, because the shake, wobble, and trip of the cobblestones was just not for me. Also, don’t forget to run your fingers along the ancient walls. It’s like they’re trying to whisper an ancient secret to you. This city is telling you something, and every touch connects you to a world gone by.

It’s impossible not to stand in Rome and feel moved by its grandeur. As the old world meets the new, the decadence of tradition, culture, and history will leave anyone in awe. So take a trip to Rome but don’t ever confuse it for a vacation, because it’s not. It’s an experience – one your senses will thank you for. 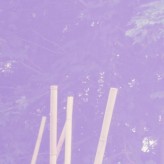